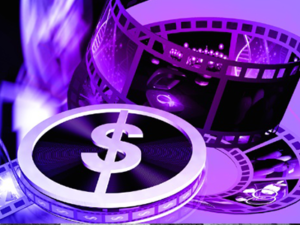 Here are some Investor broad strokes for the Section 181 Tax Deduction:

The revised version of § 181 allows an investor of any movie, TV show, or live production (i.e., musical, theatrical performance, or play) in the year that it is distributed or released, the investor gets 100% depreciation after profits. This means that, as long as there is distribution, there is virtually new risk to the investor.

In other words, if an investor invested $3M in a movie tomorrow and the release date is September 1, 2019, whatever profit came to the investor, say it was $1M, therefore, they can write off on their taxes, $2M. This is available regardless of the success of the film’s distribution.

Now, (in) an additional to § 181, there is another benefit to entertainment investors called, 199a. Section 199A deduction also known as the Qualified Business Income deduction arises from the Tax Cuts & Jobs Act of 2017.

In the previous tax laws with 181, investors received a 9% tax break on the profit. In other words, say the investor profited $1M, 9% or $90K was not taxable regardless of what tax bracket of the investor. Under the new tax law, 191a changes the tax break of profits made from 9% to 20%. In addition, there are no longer limits on the time of release to receive these tax benefits.

Now, another option for investors to consider that goes above and beyond the tax incentives and tax credits is 3 year investment that acts similar to a Mutual Fund. For example, say an investor invests $5M in a film project. The funds do not go to the bank account for the LLC that is managing the movie, rather, it goes into an investment firm for a period of 3 years. Now the money cannot be removed for the three year period, however, the investment in the hedge fund or mutual fund can be used like a bank and the investor can take out a loan against the $5M, but not to exceed 60% of the fund.

Now, the 60% borrowed against the principle is $3M, and disbursed into the production account, which becomes the capital for the budget and funds the project itself.

During the 3 year period, the $5M remains in the investment firm, it begins to make money. This example was completed by a firm connected to Corky and the investor, after 3 years made $8.6M with profits, tax credits, returns, and interest. Based upon similar models that Corky has handled, and the investment firm controlled, the lowest return on their investment in the mutual fund was 9%. Now, with the current trend of the stock market, investment firms that produced 10% in a varietal market are now predicting the possibility to have returns has high has 20%.

Section 199A of the Internal Revenue Code provides many taxpayers a deduction for qualified business
income from a qualified trade or business operated directly or through a pass-through entity. The deduction has
two components.

1) Eligible taxpayers may be entitled to a deduction of up to 20 percent of qualified business income (QBI) from
a domestic business operated as a sole proprietorship or through a partnership, S corporation, trust or estate.
For taxpayers with taxable income that exceeds $315,000 for a married couple filing a joint return, or $157,500 for
all other taxpayers, the deduction is subject to limitations such as the type of trade or business, the taxpayer’s
taxable income, the amount of W-2 wages paid by the qualified trade or business and the unadjusted basis
immediately after acquisition (UBIA) of qualified property held by the trade or business. Income earned through
a C corporation or by providing services as an employee is not eligible for the deduction.

Here are some Investor broad strokes for the Section 181 Tax Deduction: