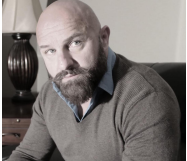 John Hollaway began in the entertainment industry as a child and it developed the passion for the business he has today. Having worked as a bodyguard in executive protection and the entertainment field, he eventually landed a job as a talent executive for a major modeling agency, inspiring him to eventually build his own talent agency and entertainment company. After earning a respected name in the industry, he was able to launch a full service talent agency, which was the first agency to be located at Universal Studios Orlando.

John would later be joined with his longtime friend in forming Paradym Group, Inc., which over the past several years has become a prosperous national talent agency, and being placed in the top 2000 of INC 5000 publication’s fasting growing small companies.

Paradym Group, Inc. allowed him to fulfill his dream since the age of 8 in film & television, including an Executive Producer role with his partners on a feature film, “Be Afraid”, a psychological sci-fi thriller, Directed by Drew Gabreksi, starring Brian Krause (Charmed), Jaimi Paige, Louis Herthum (Westworld), and featuring Kevin Grevioux (Underworld Trilogy). The film was awarded "Best Horror Feature 2017" at the NYC Winter Film Fest and acquired international and domestic distribution with Samuel Goldwyn and AMBI Entertainment and is currently on Netflix.

As a graduate of Full Sail University with a Bachelor of Science degree in Entertainment Business, he earned high honors as class Valedictorian, induction to the National Society of Collegiate Scholars, and received the schools highest honor, The Advanced Achievement Award.

John recently completed a slasher/ horror film in early 2019 that is in postproduction and is in pre-production for a sci-fi/ action film featuring several wrestling Hall of Fame Legends, set to start production in the fall of 2019. In addition, he and his partners have created a production fund under Production Source Partners to provide capital for a slate of film projects, as well as feature films under their company Reel Productions. 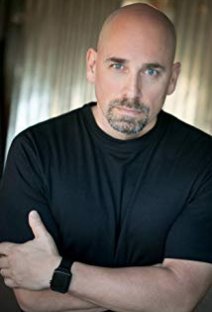 Eric wrote, directed, and starred in the feature film, “The Last Will” (2005). Quantum Entertainment contracted the film for distribution and took the film to the Canne Film Festival as part of its roster of films in 2005 and ITN Distribution secured world wide rights in 2008. In 2006, Eric won two Telly Awards for his short film entitled “Army Men,” featured on the IFC Channel.

Eric was a founding member of the band, Big Bad Willie. The group appeared on the same line up with notable bands such as Sevendust, Three Doors Down, and Caroline Spine when they were selected to perform for Earth Day Birthday sponsored by the radio station, 101.1 WJRR in 2000. The band also opened for 80s Rocker, Sebastian Bach from the band Skid Row. Eric played rhythm Guitar, vocals, and was one of the band’s primary songwriters. The band produced three limited release CDs before disbanding in 2002. Eric still pursues music and is currently recording brand new music.

Eric has also produced several films and videos such as The Touch (2005), Army Men (2006), The Last Will (2005), and The Lost Angel starring C. Thomas Howell, John Rhyes-Davies, Allison Eastwood, and Judd Nelson (2005). As an actor, Eric was hired as the spokesperson for a Universal Studios Florida Ad Campaign appearing on a series of TV commercials as “Jack Stone” in the late 1990s. He continued to pursue professional acting opportunities and was cast in several TV series, TV commercials and independent feature films such as: “Sea Quest 2032” (1995), Nickelodeon’s “Kenan and Kel” (1996), The Shopping Connection, Los Bravos (2001), Dead Air (1997), New Year’s Grieve (1994), Bash (2003), The Touch (2005), Magic4Morons starring Michael Winslow (2000), Inside Fear Factor Live (2005), Kash & Karry, The Last Will (2005), Army Men (2006), and Michael Winslow Live (1999). Eric Miles is currently a practicing attorney in the state of Florida. He is a former Assistant State Attorney for the ninth circuit court in Orange County. After that, Eric was an Associate Attorney for The Ticktin Law Group in 2014 and 2015.

Currently, Eric works as an entertainment lawyer working with many industry veterans on the legal end, to learn more visit themileslawfirm.com. Additionally, he is a college professor at Full Sail University teaching Negotiation and Deal Making for the Entertainment Business Masters Degree. 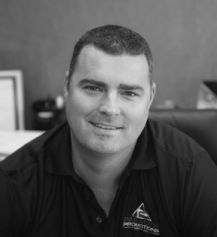 In 2008, he founded Paradym Group, Inc. which started with just under 200 talent in the first year, and now has grown to a well-respected Talent & Entertainment Agency with over 15,000 talent nationwide. He and his production partners have served as executive producers for a pilot comedy television series, "Promo Life", a film distributed foreign and domestic, "Be Afraid", currently on Netflix, and recent pilot shows. Brandt continues to focus on producing more for film and television. He and his business partner, John Hollaway have formed a production company, Reel Productions to produce independent films and television shows. Their most recent business endeavor includes Production Source Partners, a production funding company that will produce a slate of independent films. In addition, Brandt is a licensed realtor and invest and sells real estate in Florida.

In 2019, Brandt has served as executive producer and producer on a horror film, "Unsheltered" which is currently in post production, He and his partners are funded to start a new project in the fall of 2019, a sci-fi/ action film starring several legendary Hall of Fame wrestlers. 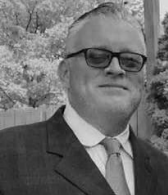 Fred has a proven track record for developing profitable sales departments. He is also an expert at market research and develops and expanding new markets. His history of success in developing and implementing strategies and programs that have resulted in penetrating and increasing the market share of targeted markets is driven by strong leadership, analytical, financial and planning skills, combined with the ability to coordinate the efforts of many to meet organizational goals.

He has strong supervisory and training acumen with individuals and teams and is a self-motivator with high energy with very strong presentation and phone sales skills. Fred graduated with his Master of Business Administration from the University of Phoenix in 2009.

When James came to California he launched his first production company, “Damaged Californians Productions”. In his earlier work, James moved through the production world quickly, taking on the jobs of producer, director, director of photography, and editor.

From there, he produced and directed his first feature, a 16mm art-house film entitled, “Below 30 - Above 10,000”, winning awards worldwide.

Next, James produced and directed the highly acclaimed film, “Wanderlust”, a 35mm film, which received worldwide distribution from Echelon Entertainment. Since then he has independently produced many feature films, including comedies, family drama, horror, thriller/sci-fi, documentaries, and music videos.

Some of his past projects include. The award winning feature film entitled “Be Afraid” this psychological sci-fi thriller, starring Brian Krause, Jaimi Paige, and Louis Herthum was released Worldwide June 2017. The feature documentary entitled “Death Zone – Cleaning Mount Everest”, Narrated by Patrick Stewart. Death Zone is about a brave group of Sherpas who travel to the highest point on the planet to cleanse the mountain of trash and dead bodies. Release worldwide in late 2018.

Most recently, James produced the horror film “Unsheltered.” This low budget slasher film was shot in central Florida and is in post production. James is currently producing the film “The Replaceables” set to begin principal filming in the fall of 2019. 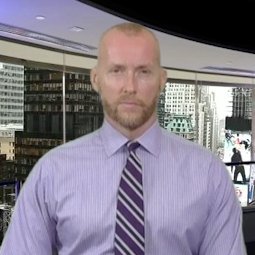 Mike is a capital markets veteran with over 20 years of experience helping private and public companies find investors, build their brand and grow their businesses.